What Is Restorative Practices?

Message from the President

Restorative Responses to Adversity and Trauma

Employment at the IIRP 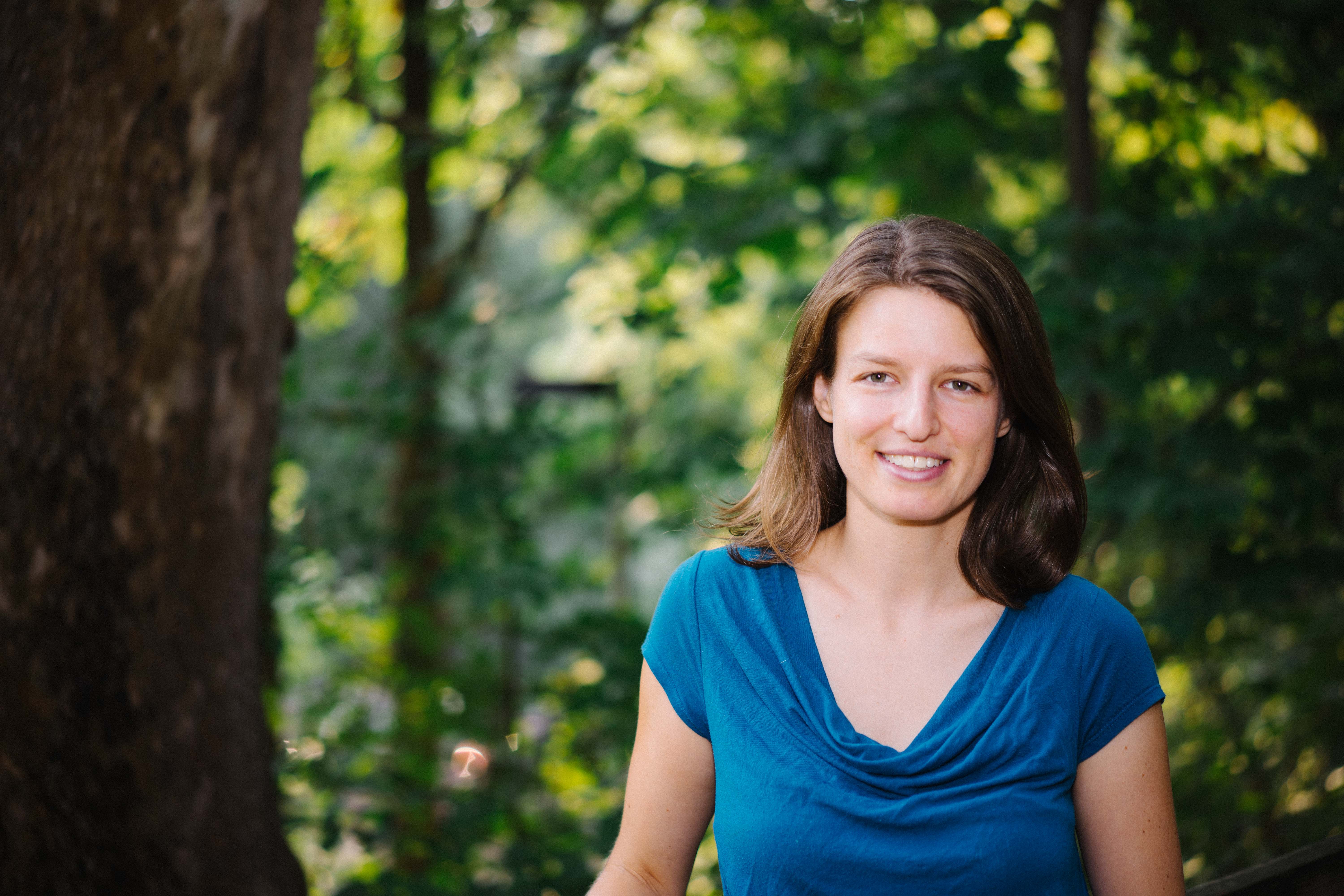 It was a Friday night, the skies were clear, traffic on I-76 was light, and the Center City Philadelphia streets were bustling. I was going to meet friends for a birthday celebration at a karaoke bar on 20th and Chestnut Streets.

I worked my way south on 23rd street and approached Chestnut, preparing to make a left turn. When the light turned green, two couples were standing near the edge of the sidewalk outside the driver’s side window, as if getting ready to cross. They were laughing and chatting, but looked to be in motion, and I couldn’t quite tell which way they would proceed. When I realized that they were hesitating and waiting to continue behind me down Chestnut, I began the left turn, looking ahead a second too late.

Directly in front of my headlights was a woman who had begun to cross from the opposite corner. I had been so focused on the group near me that I neglected to re-check the other side of the street before moving forward. I hit the brakes and stopped less than an inch from her knees. She slammed her hands on the hood of the car to brace herself and looked at me with an expression of surprise, fear and anger. In the lights, she looked frozen and shocked.

She collected herself from her stance, I rolled down the window, and our exchange began. At the same moment, we both called to each other. She began yelling “You weren’t looking! You should have been looking! Where were you looking?!” as I started apologizing profusely, “I’m sorry, I’m really sorry, I’m so sorry.” I told her I wanted to pull over and tucked into an open spot near the corner. Through the window, she continued to demand a reasonable answer for which there was none: “What were you looking at? You should have been looking!” I quickly relayed the description of my attention being focused on the couples on the corner, and she replied with the same justified anger, “You weren’t looking!”

In that second, restorative tools shot to the surface of my consciousness. This person, who was frightened and upset, did not need to see my side of the story; she needed support! She needed to know that no one was trying to hurt her on purpose and that someone actually cared about her well being.

I stepped out of the car and said, “I’m so sorry. I wasn’t looking in your direction. Are you hurt?” In a shaking voice, she replied that my car hadn’t hit her and that she was okay. With quickly welling tears, I blurted out, “I’m so sorry; I would hate for you to go home thinking that someone didn’t care what happened to you.” This one sentence; it kind of stopped her in her tracks. She took a step back and looked at me with a quizzical expression, like she was trying to figure out how to integrate something unexpected.

I’m not sure if it was those words or my obvious distress, but after a moment she stepped forward and opened her arms to offer me an embrace. As I hugged her, I mumbled, “You shouldn’t be the one comforting me, you’re the one who had something happen.” After the hug, I asked a few more questions about whether she was really sure that she was physically okay, whether she wanted to go to the hospital, and whether she wanted a ride home. (She said “no” with a laugh to the last one.) We embraced once more, and I got in my car. Before leaving, she walked over to the open window, made the sign of the cross, and said, “May you be blessed.” And I was.

In that moment, I was blessed with her forgiveness, which was a great and generous gift. I realized later that I have also been blessed with opportunities to study and integrate restorative approaches to living. In a stressful situation like this, the skills that I’ve practiced were there and available to use. Being able to recognize what was truly needed and attempt to meet those needs changed the whole energy dynamic of the situation, from a potentially adversarial accident to two people moving forward together.

Kate Shapero is a science teacher at the Miquon School in Conshohocken, Pennsylvania. She earned her master's degree from the IIRP in 2010. 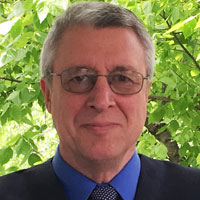 Walter will suggest how our society might transform systems that promote violence, trauma and toxic stress — in criminal justice, schools, government, organizations and communities — into regenerative systems where health and well-being are enhanced, polarization and domination are diminished, and individuals can thrive. 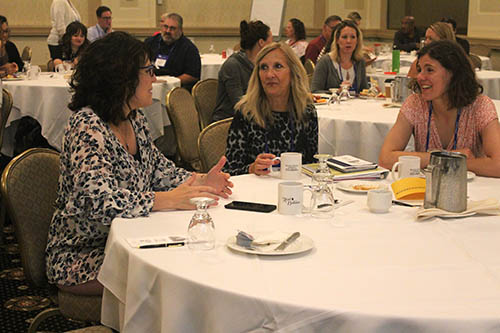 The IIRP Summer Symposium, Advancing Community Well-Being Through Restorative Practices, was a dynamic two-and-a-half-day experience. Through interactive activities, lecture and open-ended questions, IIRP faculty and other speakers challenged participants to think about community health and restorative practices in new ways.

Community health is a multi-disciplinary field that applies public health science to improve health and quality of life for everyone in a community. Restorative practices is an emerging social science that studies how to strengthen relationships between individuals, as well as social connections within communities.

While restorative practices can respond to harm and help repair relationships, most of the time the practices should be employed proactively, to build community and prevent harm. The Symposium focused on this proactive approach.

Community health practitioners can utilize restorative practices to create a social environment that fosters health and well-being in a systemic and sustainable way.

Is there a science of human dignity?

Bailie is the president of the International Institute for Restorative Practices (IIRP), the first accredited graduate school wholly dedicated to restorative practices. Restorative practices is “an emerging social science that studies how to strengthen relationships between individuals as well as social connections within communities.”

He recently spoke on his theory about the science of human dignity to a transformational group of leaders, practitioners, changemakers, scholars and community advocates. We gathered at Buda Island in Kortrijk, Belgium, to learn more about using restorative practices to enhance community well-being and resilience. 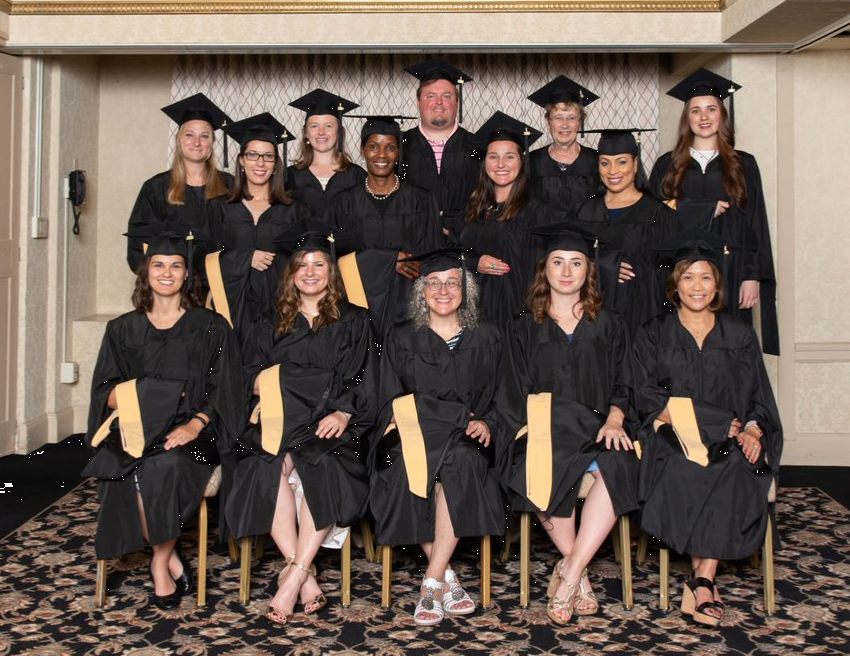 The 12th Commencement of the IIRP Graduate School took place Sunday, July 21, 2019, in Bethlehem, Pennsylvania. Fourteen recipients of the Master of Science in Restorative Practices — out of a class of 20 — travelled to attend the ceremony from as far away as Costa Rica, St. Lucia and the Yukon! The new graduates are involved in the fields of education, justice and the social services. Including the class of 2019, the IIRP has conferred 208 master's degrees.

Bill Ballantine, Chair of the IIRP Board of Trustees; John W. Bailie, Ph.D., IIRP President; and Craig W. Adamson, Ph.D., IIRP Provost, each offered welcome remarks to the friends and family attending and watching live on Facebook from all over the world.

Graduate Keisha Allen, Executive Director of the Training Institute for IIRP partner, Black Family Development, Inc., in Detroit, delivered an inspiring Commencement address. In a reflection on the power of "engagement," Keisha shared how that power has impacted her life and work. 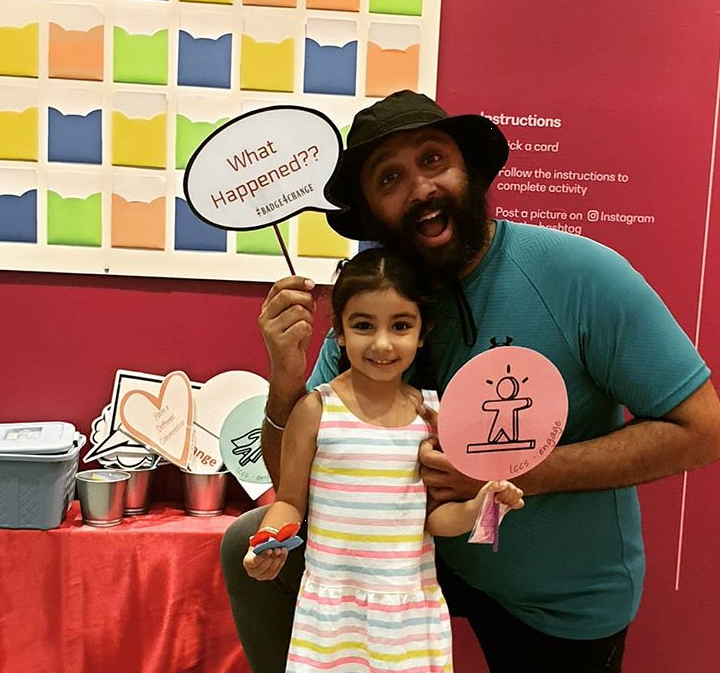 They're making great progress, introducing the practices to more than 45 organizations, including the Housing & Development Board (HDB), the State Courts, the prison system and religious organizations.

The HDB provides public housing to 80 percent of Singapore's population, with a mixture of Chinese, Indian, Malay and Filipino residents. Restorative practices helps bridge cross-cultural differences and tensions and resolves neighborhood disputes that would have gone to the State Courts. 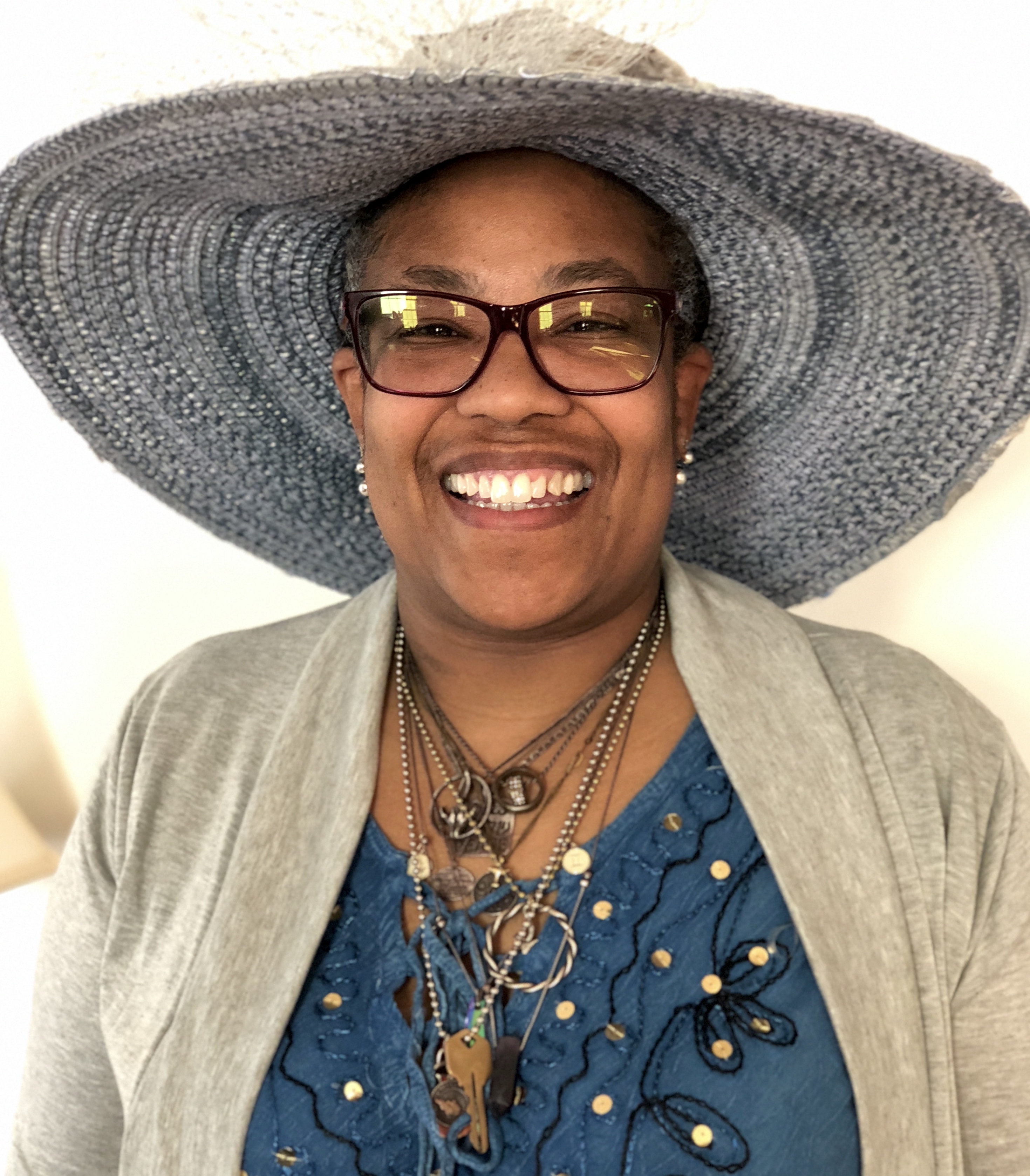 The 2019 Shawn Suzch Scholarship has been awarded to Kecia McMillian. Kecia has spent many years working with young people, including those who are homeless, underrepresented, and who have mental health and/or intellectual and developmental disabilities.

The scholarship is awarded annual in memory of Shawn Suzch, a young man who overcame adversity with courage and determination.

Currently an in-home tutor for youth who are struggling with learning, Kecia believes in meeting students where they are to help them reach their goals.

Graduating with a brighter future 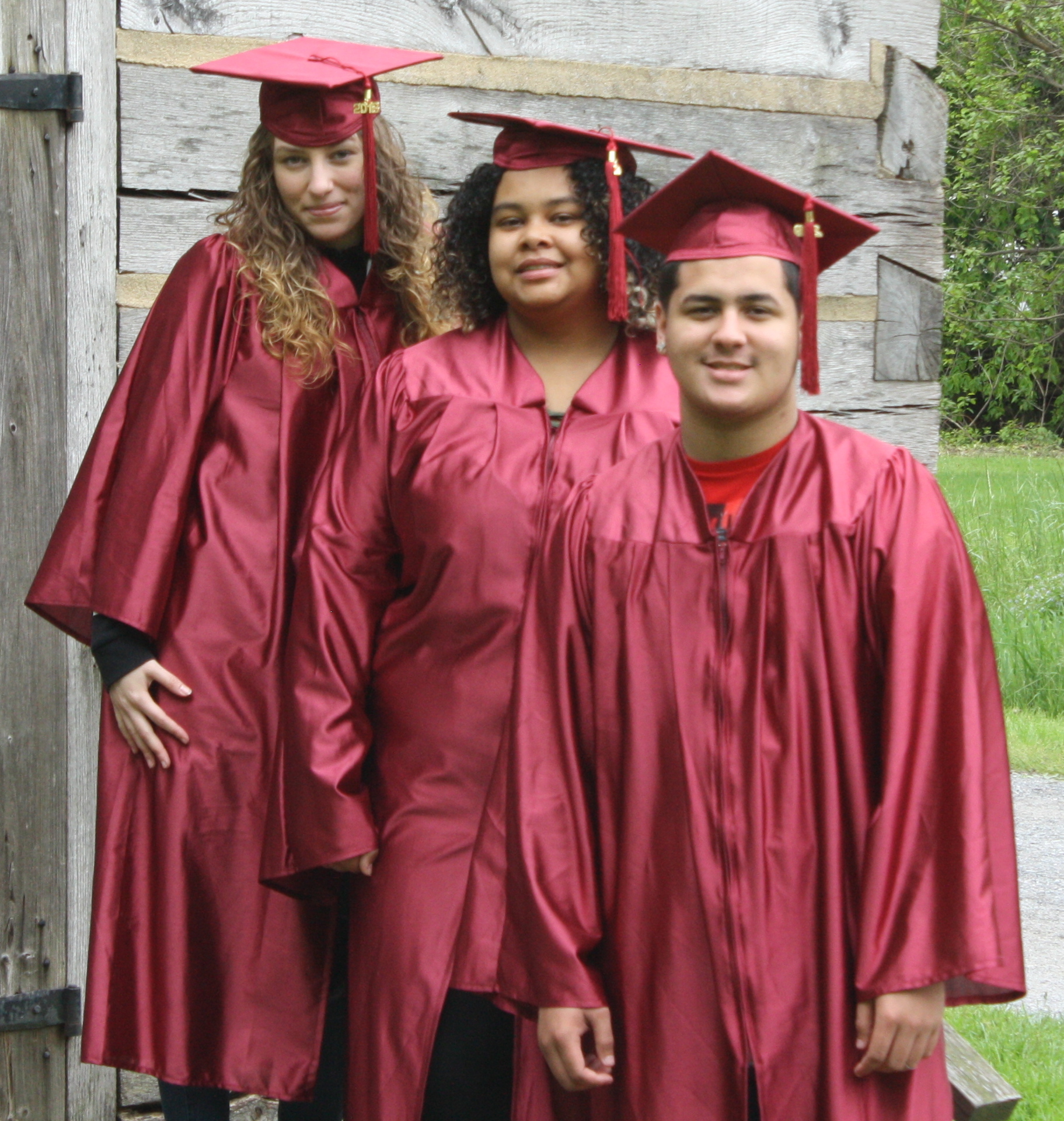 High school graduation is always a special, emotional event, but the graduation ceremony at Buxmont Academy Bethlehem was uniquely powerful. I didn't know any of the students personally. I had only briefly interacted with the three graduates after a tour of the school a few weeks before. But by the end of the ceremony, I felt my eyes well up.

I expected a speech from the school coordinator Karen Engle, but I didn’t expect the students to share such compelling stories of transformation and community.

There was a palpable sense of comradery throughout the day. “The ceremony is to celebrate the graduates, of course, but we are also celebrating all the other students as they return to their public schools or continue here,” Karen explained.

Almost every student received at least one award: most improved, most curious, most enthusiastic, most supportive... Every student also shared their proudest change. The student changes made a strong impression on me: opening up to people, controlling anger, making better decisions and successfully staying at one school for a whole year.

The three graduates are testaments to the importance of community and commitment to personal growth at Buxmont Academy. 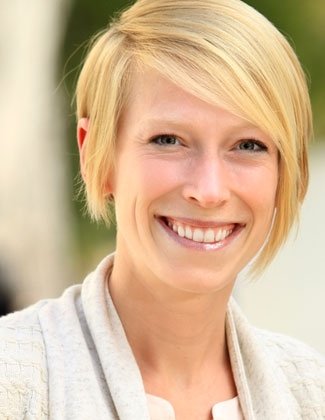 Melissa Sorenson is Assistant Director for Special Projects at Middlebury Institute of International Studies, in Monterey, California. She wrote this piece after attending a restorative practices training conducted by Stacey Miller, IIRP Trustee, Assistant Provost for Inclusion at Valparaiso University and Managing Partner of The Consortium for Inclusion & Equity.

Sorenson is part of a small team that is responsible for organizational development at her college. Her work includes facilitating training and development opportunities, supporting leadership groups and collaborating on institution-wide projects.

Restorative practices is defined by the International Institute for Restorative Practices (IIRP) as “an emerging social science that studies how to strengthen relationships between individuals as well as social connections within communities.”

To be clear, those topics are right up my alley, but I was surprised I was being invited to dedicate three days to learning about social connections for my job. I don’t think anyone would deny the importance of community, but is there actually supposed to be room in everyone’s job descriptions for this work? Should relationship building be viewed as a critical component of our jobs?

The restorative practices training convinced me that the answer to those questions should be “yes.” In fact, for a community to successfully navigate change, overcome challenges, and demonstrate a value for diversity and inclusion, those answers need to be yes. By day three I had gone from skepticism to an overwhelming sense of certainty that I had found a critical missing piece at the foundation of my work. 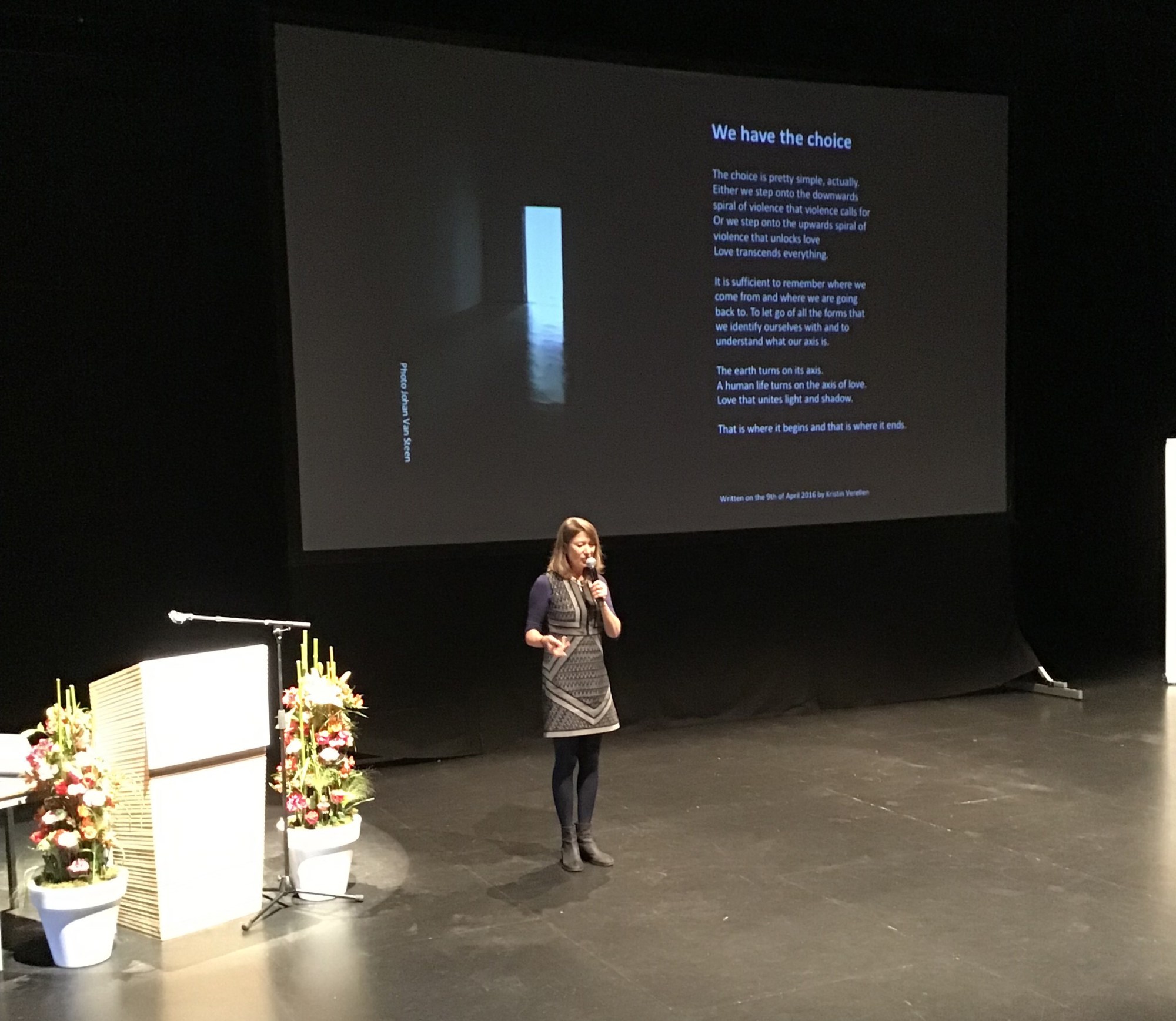 I felt Johan’s absence in the empty spaces between Kristin Verellen’s words.

Verellen was a keynote speaker during the opening session of the International Institute for Restorative Practices (IIRP) Europe Conference. The audience of leaders, practitioners, changemakers, scholars, and community advocates gathered at Buda Island in Kortrijk, Belgium to learn more about using restorative practices to enhance community well-being and resilience

A Belgian certified psychotherapist and coach, Verellen spoke in a lilting Dutch accent as she talked about the events of March 22, 2016.

What Is Restorative Practices?

Message from the President

Restorative Responses to Adversity and Trauma

Employment at the IIRP